“We decided in the spring that we would put Khatyn in order. It's bad that you didn't suggest doing this earlier. Yet, since you did not come up with such a proposal, we'll have to do everything fast. But I see that if we distribute the work in the right way, we will manage to complete the project in time. The main thing is that the museum is commissioned in time,” said Aleksandr Lukashenko. 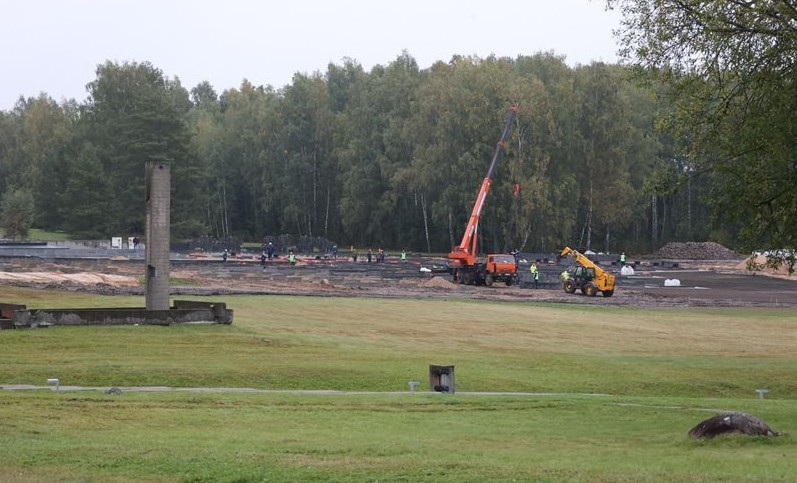 The head of state studied the progress to refurbish the memorial complex. “Everything should be done in an orderly way, for people,” the president emphasized.

He also instructed to take care of the adjacent territory and roads. “You can drive through, but the roads should be better,” the Belarusian leader said.

Aleksandr Lukashenko gave an instruction to assist people who want to take part in the refurbishment project, who want to plant trees or bush on the premises. “It is necessary to humanize this area and make everyone involved,” the head of state suggested. 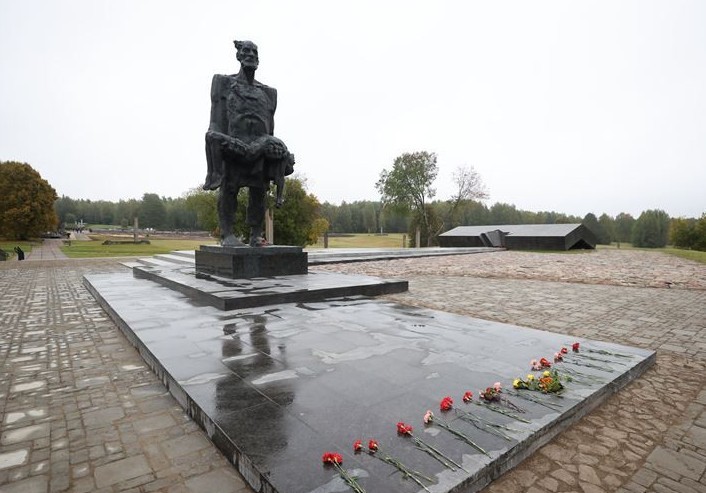 In his opinion, it is important to preserve the original appearance of the memorial complex. He believes that extravagant renovation is not necessary. There was a village on this place, so everything should be simple and humble, the president emphasized.

An old village church is also being restored on the territory of the complex. It is recreated according to the surviving descriptions. However, the church will be erected in another site as there is an old cemetery in the place where the church originally stood.

The president laid flowers at the Unconquered Man monument and the Eternal Flame at the Cemetery of Villages memorial. There is also a renovation going on here. “Thank you. Thank you for doing a good thing,” the head of state said addressing the construction workers. 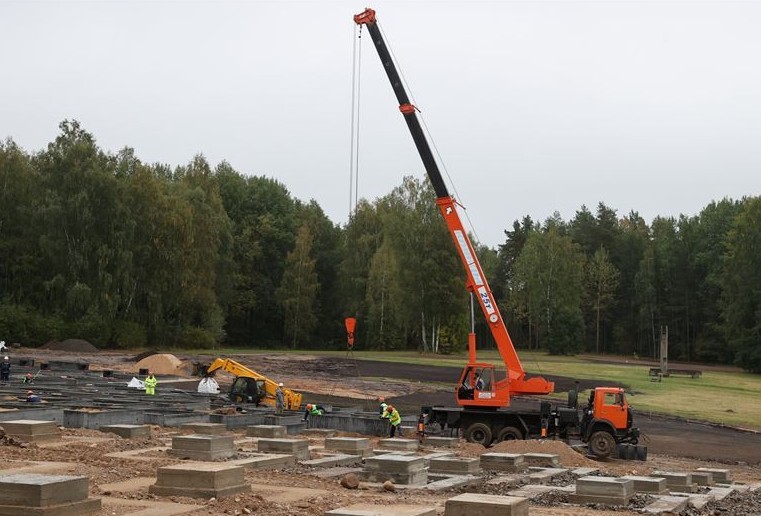 During the visit to Khatyn on 16 April the head of state gave an instruction to build a new museum in the memorial complex and complete all the necessary restoration works by the 80th anniversary of the Khatyn tragedy. “It will be 80 years next year. Everything must be brought into shape from Minsk to Khatyn starting with the roads. All the construction projects have to be finished by this time,” Aleksandr Lukashenko said.

Director of the Khatyn Memorial Complex Artur Zelsky told the head of state back then that the memorial complex would be refurbished and restored. The first construction stage is scheduled for 2022. It includes the cleanup of The Unconquered Man sculpture, repairs of the pedestal, the Roof of the Barn monument, and of the Round of Logs of Memory monument and landscaping of the adjacent territory.

During the second construction stage the memorials Cemetery of Villages and Trees of Life will be repaired as well as concrete fences around burial sites and urns with soil. These works are also scheduled for 2022. The third stage provides for repairing lighting along the central walkway and sound equipment of the memorial.

5.1 million will be allocated for the project from the regional budget and funds collected during the nationwide subbotnik.

A new building of the museum One In Three is under construction in Khatyn. It will be a single-floor building with the total area of 1,000m2 where visitors will move in a circle across six exhibition halls.

“I see that we can build it. And we are going to carefully flesh it out. We have to complete everything by this anniversary. Start building the museum right away. The exhibition it will have is the key element. I want people's hearts broken already before they step in here,” the president said back then.

Projects of the Union State

Belarus to play under FIDE flag until 2024

Belarus to increase payroll budget by 16%

Minister: Updated rules for admission to universities will be published in 2022

Defense minister: We have to respond to developments around Belarus, get ready for defense

Other materials of «Topics of the day»

Topics of the day