He is convinced that the joint commission on trade and economic cooperation will be highly instrumental in ramping up bilateral cooperation. The commission was set up in accordance with the memorandum signed by the foreign ministries of the two countries on 18 October.

“We also agreed to keep consolidating efforts within the framework of international organizations, international platforms and jointly oppose aggressive actions of Western countries, the United States in order to defend our interests and our right to self-determination,” the minister added. 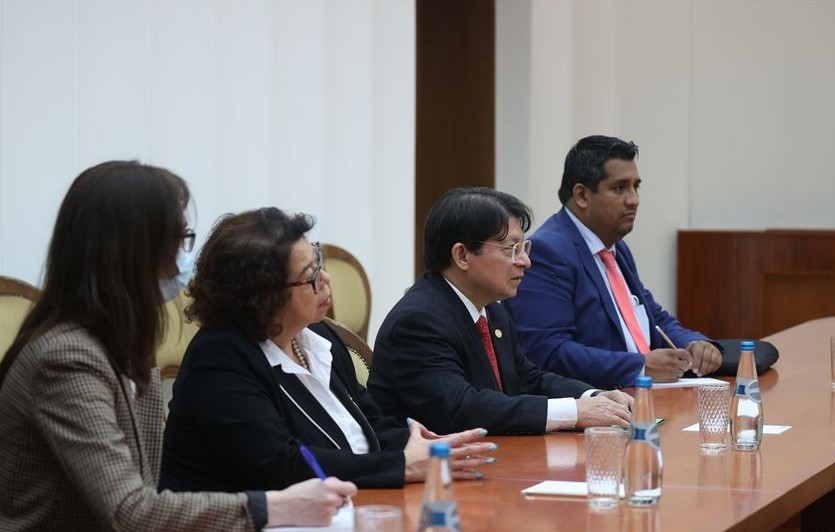 Denis Moncada Colindres went on saying: “Nicaragua expresses support and solidarity to Belarus in relation to the unilateral aggressive measures imposed against your country by Western states, and we will stand by you, your government.”

In addition, the Nicaraguan foreign minister informed that he had plans to visit Belarusian universities to discuss academic contacts.

The minister of foreign affairs of Nicaragua is in Belarus on an official visit on 18-19 October.

PM: Belarus, Russia can resist any external pressure together

“Battle of Moscow. Immortality of Feat” at the Belarusian State Museum of the Great Patriotic War History

Belarus-Irkutsk Oblast trade up 60% in January-September 2021

Lukashenko: Belarus is not brandishing weapons, but is ready to fight back

Sergeyenko: Work on new Constitution of Belarus is almost over

Volfovich: Belarus' law enforcers are ready to prevent any provocations during the referendum

Other materials of «Politics»